Try to understand the language of color without a translation. - about the paintings by Rolf Hans

„I never did art with the goal to live from it,
I did art to live.“

Rolf Hans consciously withdrew from the art market, because „ inflecting temptations from the art industry means: to practice treachery, such diffraction injures the spine.“ He also presented his work in just a few exhibitions (since 1964) to the public. This way he could indulge with the utmost self-discipline in painting in silence.

Rolf Hans already were interested in art in his early years. In the beginning it was music, especially Jazz and new music inspired him. A passion which should follow him during his whole life and shape his art. Besides he started photographing. In 1958 he discovered his love for painting, since then he dealed intensively with its instruments. From the beginning Hans strived for giving daily experiences different, and new shapes, without negating reference to reality with and through his art. Furthermore, he could see a fall back in the everyday life through the constantly critically inspection of reality, which contemporaneous caused an expansion of consciousness.

Rolf Hans especially found new Impulses for his art in nature. He was fascinated by the infinite possibilities of perception of landscapes in change of seasons. He was searching for this gracefulness in Tessin, where he often spent his holidays since 1967. Same with his stays in Italy, Norway and Eastern Europe. He always desired to explore the nature and capture parts of her whole. „Observing, perceiving her perception, absorbing the stations of her beauty, produces the feeling of freedom. One breathed and renounced other triumphs.“ Hans saw things and absorbed them. He did this meditatively, without any thought, to keep his head clear for a pure sensual perception. „If you are communicating, the search for the name of the communication begins because it`s easier than describing.“ He wanted to remove this verbal incapability and made it his task to reflect the magic of nature in an infinite rhythm of becoming and fading through his Art.

In order to find an adequate pictorial expression for his inner reflections, Hans renounced any image and any narrative moment.

"I use artistry because the truth of my surroundings seems suspect to me. In art I create a truth, perhaps of little reality, and yet my very existence is behind it.“

His essential pictorial idea was color; to show these was his main concern. "The world, in general, is colorful, with color you approach the ideal, colorless would be inappropriate." Consequently, the only carrier of the statement of the scene was color: It possesses intrinsic value. Color is weight, quality, movement and expansion. Color reaches it`s intensity by it`s limitation and by the interaction with neighboring colors. And she creates a surface, form and space. Hans continually explored the effects of the various hues, the law of their relationships and interdependencies, their contrasts and counterparts, their harmonies and dissonances. Therefore, he showed us the seen and experienced through arranging the hues and their forms, as well as in combining the organic and the dynamic.

Same as in music, he used the different qualities and painting materials of colors like instruments, which he combined in his compositions into sonorous minor and major chords: "The color should not only be experienced visually, it must be physically tangible, like organ sound , Not equal to the play of sound fetishes, but rather similar to the clear representations of Bach, the visions of O. Messiaen, the directness of C. Franck, in its most delicate radiance, the silence of the third sonata by Mendelssohn-Bartholdi.“

For Hans, this was accompanied by an argument with the color form, because it "comes from the spirit, prevents arbitrariness, forces order, demands the senses, allows analysis and leaves enough scope for the soul." For him, however, the structure of the surface did not involve arranging a specific order: "Creative thinking and working should be as close to the spiritual as to the mental and vital. The drawing as a draft, as a means to purpose is intellectual. The picture must be spontaneous, just by the interpretation of the color. I am talking about color as the formative value of the picture.“

In order to work out the "language of colors", he explored their vocabulary and their grammar in different formulations: at first it were the "stain" and "streak" images from 1961 to 1967, he was interested in the effects of expressive color configurations. For the next three years he concentrated on the visual appearance of colors in the "box" and "corner drawings". Whereas Hans had been dealing with the pure pigments these "apprenticeship years", as he called them, he devoted himself to mixed color shades in the "area paintings" from 1971 to 1976. Here he took up the compositions of the "strip pictures" and at the same time forced the reduction of the canon of colors announced in the „corner paintings". This finally culminated in the "monochrome pictures" from 1976 to 1990, where he also used pure colors from 1979 onwards. In 1990, Hans turned away from painting and concentrated on the object cycle "Poetry of Things", which he had begun three years earlier. In addition, he made paper collages until 1995, in which he put his attention to the color form.

A look at Rolf Hans' extensive painterly oeuvre shows how carefully he faced the challenges and problems and found innovative solutions. His paintings and his works on paper are impressive, especially the watercolors and pastels. Hans mastered his two favorite painting techniques perfectly; especially in dealing with the pastel chalk, he gave the brittle material unsuspected possibilities.

1938
Born on January 25th in Frankfurt
1956
Hans completed an apprenticeship as a banker. His first photographs are taken. Inspired by his wife Magda, who is a trained photographer and opera singer. As a drummer and avid Jazz lover, he takes an active part in Frankfurt`s new music scene.
1958
His painting activity as a self-taught artist begins. Friendship with the sculptor Hans Steinbrenner.
1961-1963
Student of the "Quadriga" artist Heinz Kreutz, with whom he has a lifelong friendship. Through his wife, who was married in first marriage with Kreutz, he gets to know his mentor.
1961-1965
„Fleckenbilder“
1963
Moved with his family to Basel. He earns his living as an IT communications specialist.
1964
First exhibition. Through the gallerist Toni Brechbühl, who shows his paintings in the following decades, he comes in contact with artists such as Jean Tinguely, Bernhard Luginbühl and the painter Niklaus Hansenböhler.
Since 1965
Contact to the scene of new contemporary music and membership in the International Society for Contemporary Art (IGNM). His circle of friends and connections includes composers, conductors and musicians such as Armin Jordan, Jürg Henneberger, Heinz Holliger, Thomas Kessler, Marianne Schroeder, Daniel Weissberg and Jürg Wütrich. Whenever possible, he documents the rehearsals and concerts with his camera. This creates a large number of portraits of the musicians. His photos also appear as CD covers and bocklets.
1966-1967
„Streifenbilder“ Trip to Ibiza.
Since 1967
Annual stays in Centovalli/Ticino. Regular visits to art and music events in Switzerland and Germany also in Paris, Milan, Amsterdam, London, Florence and Venice.

1967-1968
„Schachtelbilder“
1969-1970
„Eckenbilder“
1971-1975
First Sculptures are created.
1971-1976
„Flächenbilder“
1975
Friendship with the American gallerist Bob Feldmann, with the Chinese painter Ho-Kan (Ho Kan) living in Milan and with the American jazz artist Anthony Braxton.
Seit 1976
„Monochrome Bilder“
1978
Meets American composers John Cage and Morton Feldmann. A deep friendship connects him to both.
1983
Travels through Spain in summer.
1985
Summer stay in Valle Steria, Italy
1987
Beginning of the objects for the cycle „Poesie der Dinge". His painting takes a back seat. Travel through Norway.
1988
Summer stay in Tuscany. ery close friendship with the Hungarian composer György Kurtàg. Many of his photographs are used for his CD covers.
1989
Journey through Poland.
1990
His last painterly works arise.
1990-1995
„Papiercollagen“
1994
Travel through Andalusia. György Kurtàg dedicates him the song composition "Friedrich Hölderlin: Two Fragments - Hommage à Rolf Hans".
1996
Dies on 10th July in Basel. 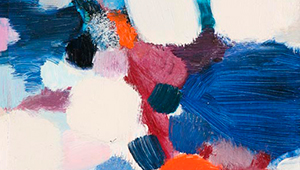 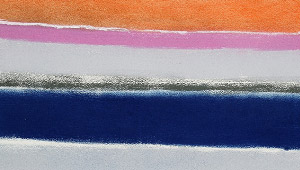 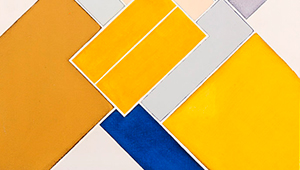 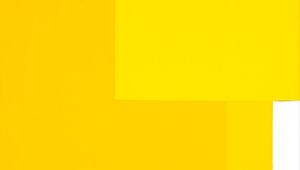 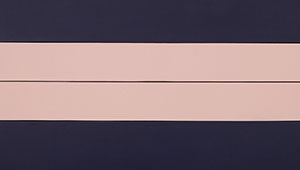 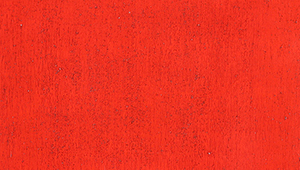 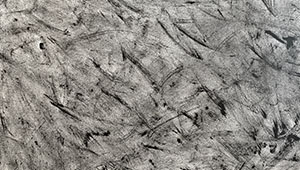 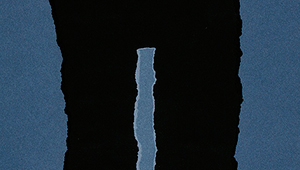 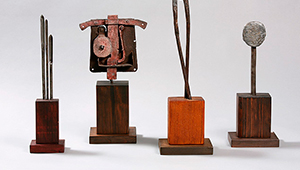